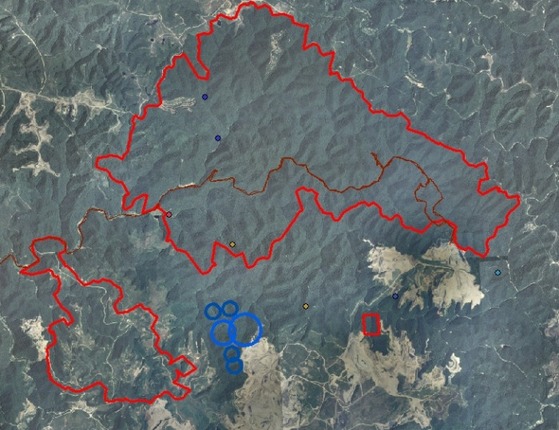 The blue circles in the lower part of this image show where Frasure Creek Mining wants to dump rubble into the streams and hollows.

The larger body outlined in red is the 10,259 acre main block of Robinson Forest, showing two completed clearcuts in the Clemens Fork watershed.

Smaller body outlined in red is the Laurel Fork portion of Robinson, which the University of Kentucky had strip mined. 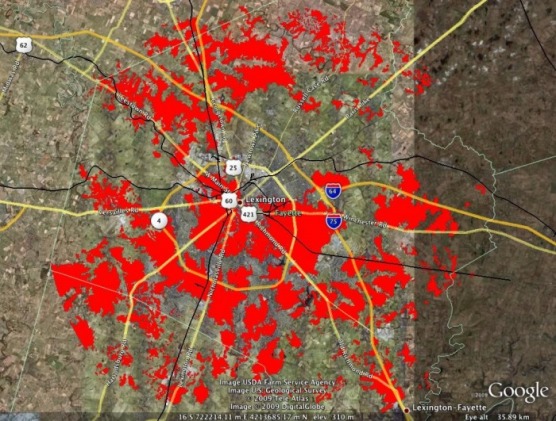 This image superimposes the strip mined areas (in red) within a 10 mile radius of the proposed mine site over the city of Lexington, Kentucky.

The "gap" in the red over the northeast part of Lexington represents Robinson Forest.

More than 61,000 acres, or 25% of the land area, has been decimated and replaced with non-native, invasive species. 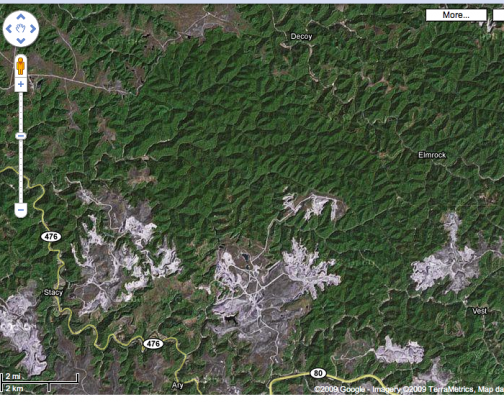 This Google Map image vividly shows how Robinson Forest is surrounded by strip mines, which have expanded since this image was taken in 2009. 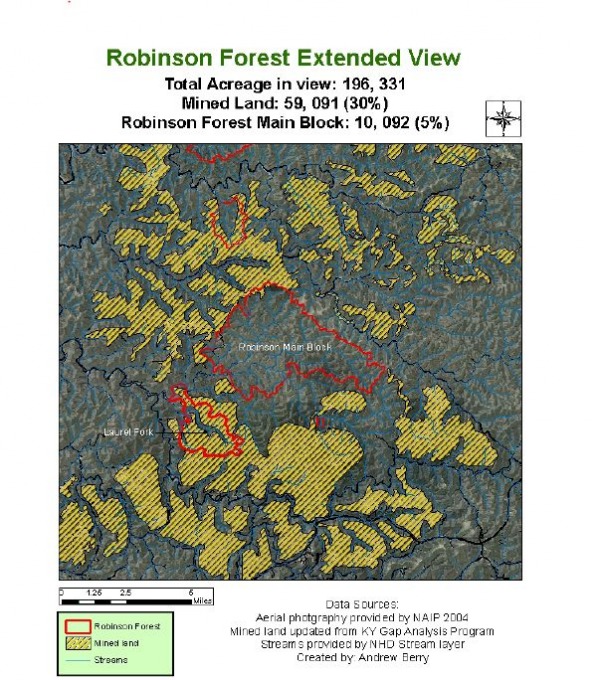 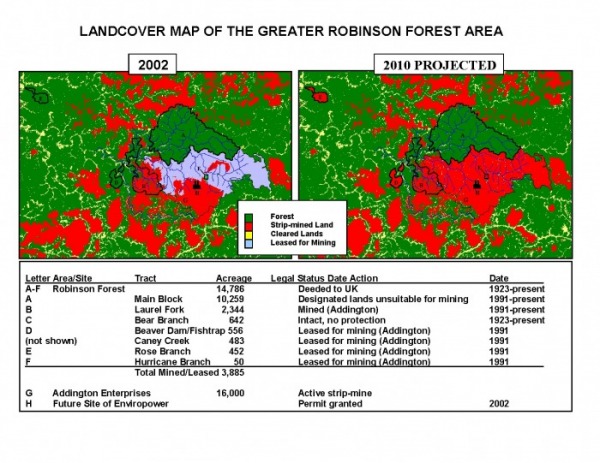